Thousands of revelers in strikingly multi-colored costumes (Dino costumes, Harry Potter, Lego costumes, cartoon characters – you name it, they have it!!), tons of broken-beer-bottles all over the streets and houseful pubs – that was my first view of Cologne city (the moment I stepped out of the station). Having no idea of what was going on; I was completely taken aback; especially because I was on a business trip! And, that’s exactly how I got introduced to Cologne Carnival.

I rushed to my hotel (use this link to get $20 discount on hotel booking), dumped my luggage and came out to the streets to find out more. And there, the huge twin-spires of the Cologne Cathedral (Kölner Dom) greeted me, almost intimidating in the darkness of the winter night. But the atmosphere around the Dom was sparkling. People in fancy dress of all kinds filled the streets, sipping Kölsch (Cologne’s favorite beer), chewing on bratwurst and laughing.

What is Cologne Carnival

Cologne Carnival, or the Kölner Karneval, is a festival that takes place every year in the city of Cologne, Germany. Started in 1823 with the founding of Cologne Carnival Celebration Committee (Festkomitee Kölner Karneval), the “fifth season” (carnival season) is declared open at 11 minutes past 11 on the 11th day of the 11th month (11th Nov, 11:11 am). The climax of Carnival in Cologne is the six-day street carnival known as the “Crazy Days”. People celebrate, sing and dance in the halls, pubs and restaurants. During these six days, normal life is suspended throughout Cologne.

On 11th November every year, Cologne city center is transformed for the carnival celebrations. The biggest stars in the carnival music world will give their all to get the colorfully-costumed revelers into the festive mood and dancing spirit. However, the colorful activities in Cologne don’t stop there: the party will keep going-on in many of the pubs in the city center, around Heumarkt and Alter Markt squares, till the wee hours of the morning! 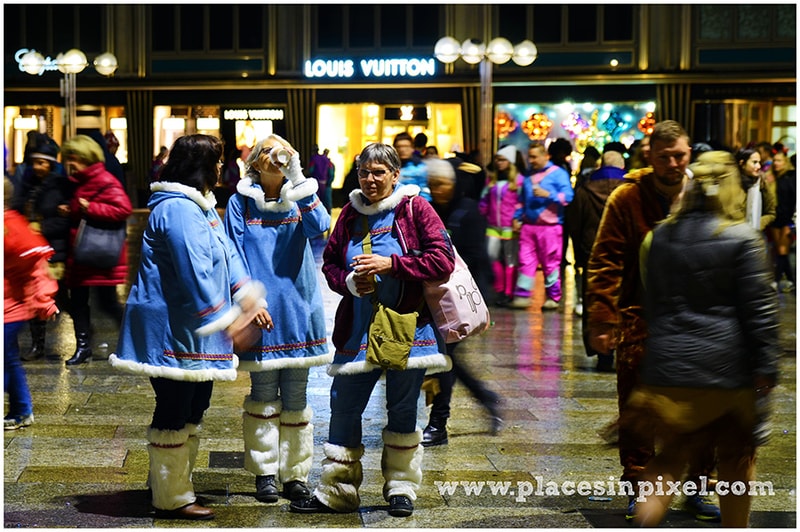 Crazy days start with the Women’s Carnival Day (on a Thursday) when you get to experience the Carnival in its traditional form. Early in the morning, the streets are alive with ladies in fancy-dress on their way to their place of work or to shops.

The next three days (Carnival Friday, Carnival Saturday, Carnival Sunday) is full-on party with costumes, parades, beer and everything else. Especially on the Sunday, the school parades march through the city center, featuring costumed school groups and original masquerades staged by kids-clubs.

Rose Monday: The high point of the session is the big parade on Rose Monday. The floats begin to parade through the city at 10 a.m. Participants blow kisses to the costumed crowds lining the parade route.

Ash Wednesday: On the morning, Catholics go to church to receive a cross of ashes on their foreheads as a sign of repentance. That evening, the year’s Carnival season is traditionally concluded at a fish dinner.

My experience with the Carnival 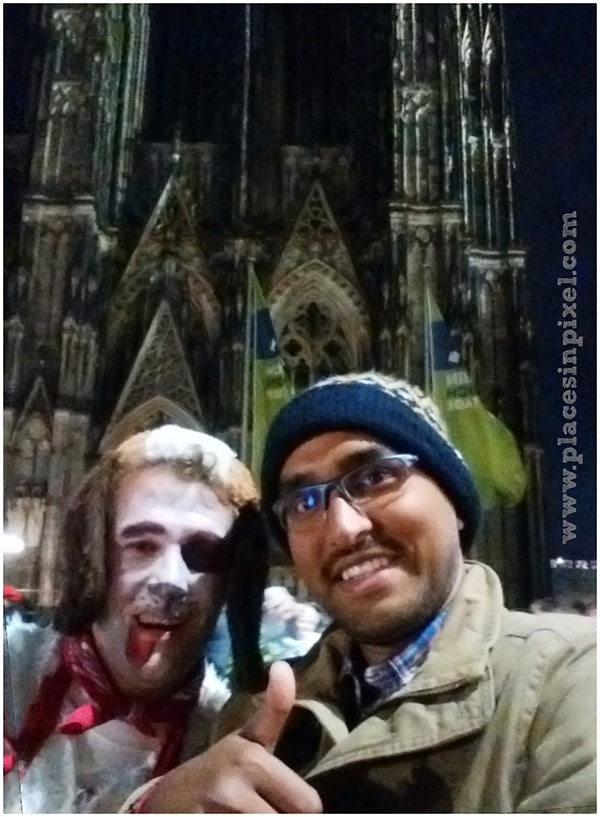 30 thoughts on “A Quick Guide to Cologne Carnival”

Places In Pixel is a travel and photography blog which is baked inside the camera to give you flavors of our stories from faraway lands, vast stretches of sands, high mountains and beautiful cities.
Read more about our story.

Success! Thank you for subscribing!

Please check your inbox for some awesome FREEBIES!